Kara Scott is a Canadian-born poker personality, host, presenter, commentator and player who has travelled the world through poker. In 2019 she partnered with 888poker to launch The Heart of Poker Podcast. Among the guests she’s had on the show are Xuan Liu, Fedor Holz, Vanessa Kade, Phil Galfond, Poker Hall of Famer Mori Eskandani, and the WPT’s Vince Van Patten, to name a few. Kara has been involved in the poker industry since the mid 2000's and pocketed her biggest single win in 2009 for a respectable $413,612 after finishing runner-up in the long running Irish Poker Open. Another notable achievement came in the 2008 WSOP Main Event when she placed 104th out of 6,844 entrants. In 1999, Kara moved from her native Canada to the United Kingdom. Once there she hosted the very first live poker internet show called “Poker Night Live.” She satiated her thirst for all things poker by writing a regular column for industry magazines whilst sharpening her poker skills. It wasn't until 2010, when she co-hosted GSN's High Stakes Poker series, that her name became synonymous with the poker scene. That job led to her joining ESPN's coverage team for the 2011 WSOP Main Event. Her face seen all over the world, Kara is now one of poker's most recognisable celebrities. In March 2016, Kara signed up to our Team of Ambassadors. With both poker playing and presenting skills thoroughly tested and approved, she was clearly set to be a great addition to Team888

In 2018, Kara had her first child with husband Giovanni

She used to train and compete as a Thai boxer.

Even though she’s a presenter now, she used to get terrible stage fright.

She grew up on a farm in northern Alberta. 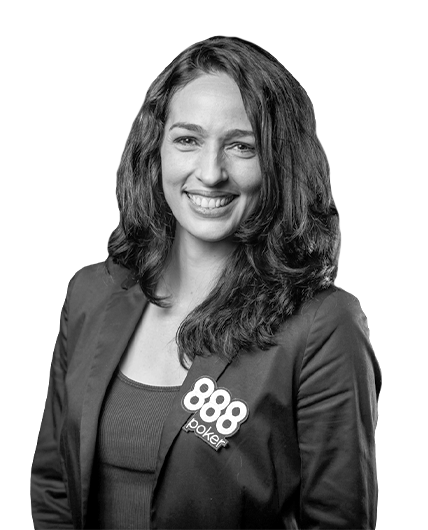